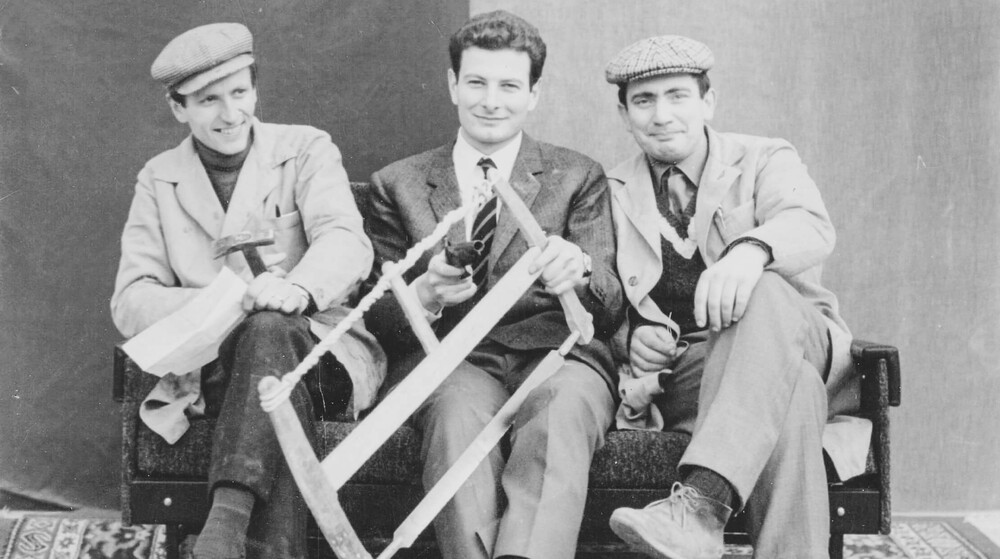 All stories begin with a hammer, a saw and a musket, right?

Well, perhaps not all stories, but ours certainly does.

At the age of eighteen, Luigi Bardini, the man in the middle with the musket, already had a strong

character and a mind of his own.

The sixties were coming to an end in Meolo, a nut-sized town to the north of Venice, and given the choice to become a flower child or an entrepreneur, Luigi had no doubts. He wanted to go into business.

It's a matter of shapes

Since money doesn't grow on trees, he began selling staples to local industries, and, to

give credit where it’s due, he did it very well.

After just two years as a sales representative (jacket, tie and briefcase), he opted to switch from staples to wooden furniture,

setting up a factory with the help of two partners. Families needed furniture. Simple as that!

Luigi became the mind behind Miniforms.

In the next thirty years, all sorts happened. From the first time in New York to the first failed product, to the first big success.

By the time the new century began, Miniforms was producing furniture accessories for Italy and the world. 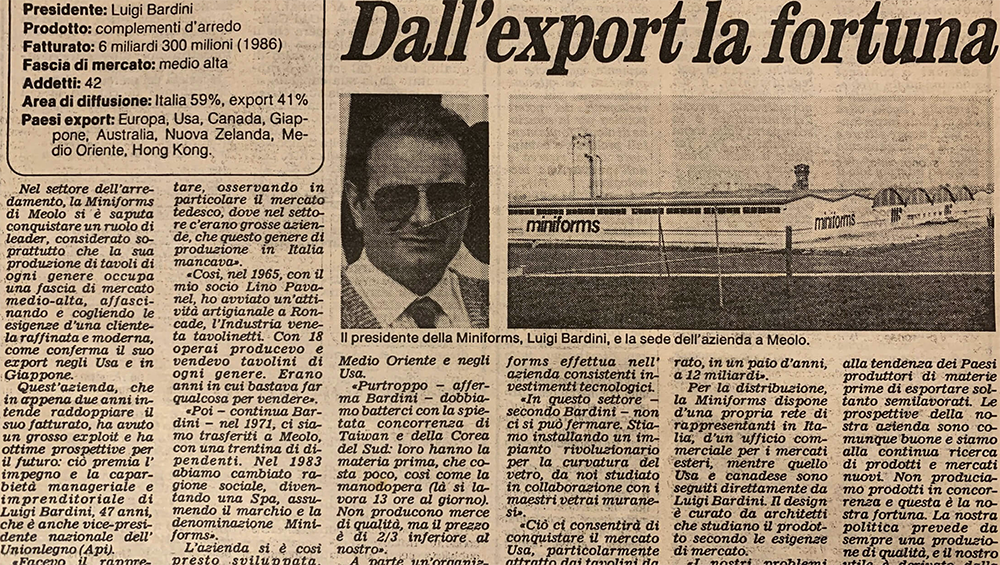 We prefer to steer well clear of labels, because ultimately we just do what we like, and we do it with pride.

If we are attached to traditions, it is not because they are fashionable, but because we grew up in this region and with this way of doing things.

While contexts may change, the substance remains the same.

Proposing products to be enjoyed. 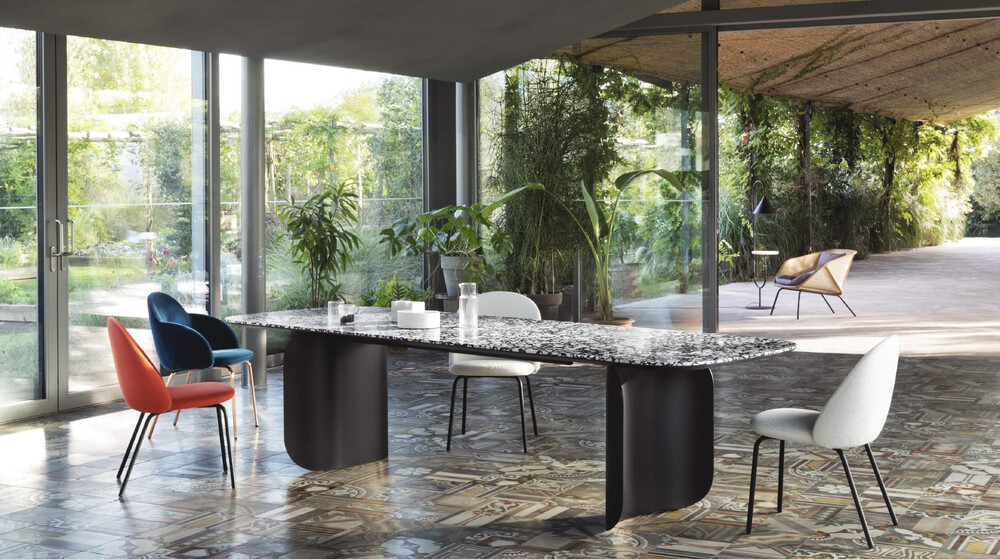